NEVER GIVE UP- IT’S SUCH A WONDERFUL PROGRAMME 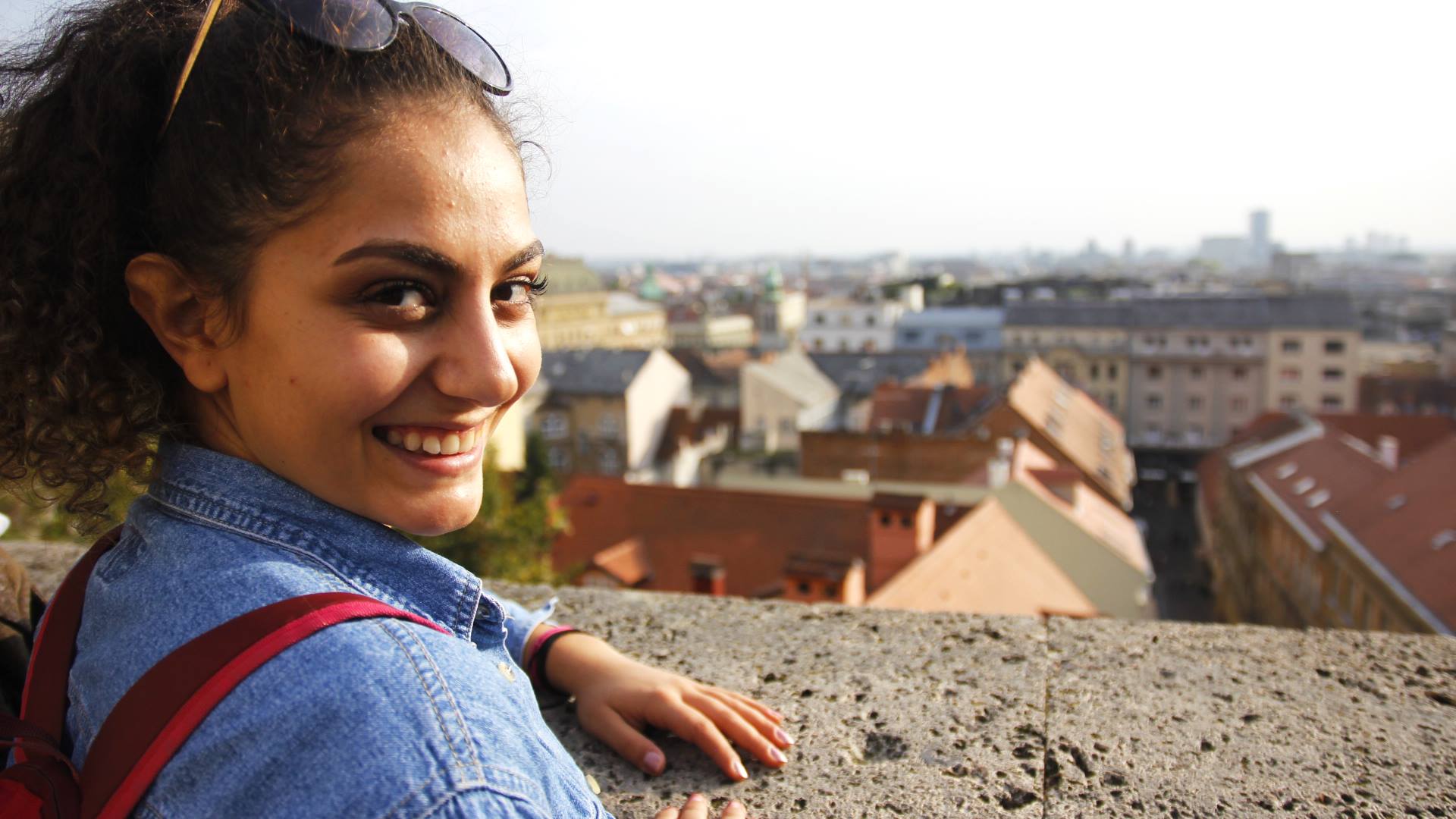 Like every participant , after having done Erasmus in Germany  1 year, I had that “post Erasmus syndrome” , too. Meeting new cultures, challenging myself with a new language –german-, watching the snow falling for the first time of my life, noticing that cheek kissing differs from culture to culture while greeting each other… I was living a dream I never wanted to wake up from. How could I turn back to my home then? Already it was impossible to extend my stay as Erasmus lasts maximum 1 year in the fields of education.

Finally in the 3rd grade of my study, a friend of mine sent me a link of a poster on a website which announces dancers are wanted for a project in Zagreb/ Croatia within a programme called EVS. Fine, but what was EVS? I had no idea, neither I heard about it. After some small-scale research, I realized that this programme was just as if to the manner born. They want me to write projects about what I dreamt, plus they afford my expenses. I applied for the project blindfolded.

This meant a lot to me. Living my dream again  –Erasmus- , experiencing other different cultures, improving my dancing skills and writing projects about dancing! As a habitant of Turkey, I can easily say that being woman and being dancer in Turkey is quite hard. The taboos, the culture possessed the people and they are getting worse and worse about interfering with one another’s lives. I always felt restricted as a woman: what to wear, what not to wear, when to go outside, whom you go outside, what to study, which profession is the most suitable for women, etc. On the other hand, I always felt strong because I was aware of myself and I knew that I wasn’t alone. I wanted to change the world starting with my country. If there’s something somebody else did it before, I could do it as well. I was sick and tired of feeling like a second class human and this project would help me change somethings. How about being a dancer? You need to dance the way dance society wants. If you are a woman, you should dance with a man, if you are a man, then dance with a woman. If you dance with your same gender, they look at you as if they saw a monster.  One of my biggest dream was to create a challenge on social media about this problem and change it because I like dancing with women as well and I don’t want to suffer from it anymore.

Of course I had a lot of obstacles. The biggest one was my father. I didn’t tell him anything before I got approved for the project. After having chosen, I asked my mother’s help because it was impossible to convince him alone. He was such a conservative person and my being a woman made everything harder and harder.  Having a gap year of my study for this project was the biggest problem for my father. He wanted me to finish my study soon as possible and get a job and marry like other typical woman in Turkey.  Fortunately my lecturers, my mum and my brother helped me a lot at this stage.

One another obstacle was myself. I found myself in a double bind. I would either finish my study and be a teacher or go for this project and change my life forever. University could wait one year, I would go for my dreams!

The last one but not least one was of course financial. I knew my family’s condition so I had to work to save some money for possible important situations and my travel plans.

In the end, I was successful at convincing my father, deciding the best option for my favour and making money. I dreamt about this project almost everyday, I put all my effort on it, I worked in a hotel in summer then I applied for a visa. I was too excited and nervous at the same time that after those big steps my request of visa might not be accepted by the Croatian Embassy.

After having my visa, everything else followed the process easily and quickly. My sending organisation called me via skype and told me about evs, about my rights and responsibilities. Then I started packing and saying goodbye to my friends. 30th of September I met my flatmate at the airport and our supervisor Roberto took us from the airport.

From then, I would be in Croatia for one year. I was pretty excited and nervous at the same time. Was is worth giving one year gap of my study? Would I take what I expected? Would I give what I was expected?

First day in Zagreb,  we went to police office to extend our stay in Croatia. Afterwards we drank coffee in the city center then we could have a chance to wander around the city and our neighbourhood.  I could feel that I was already homesick. It happens if you are kind of an attached person. I was also impatient so I wanted to know everywhere, every cultural food, every other volunteers, every single erasmus people in advance.  So I was looking for events on facebook page of erasmus group with my flatmate, Beatriz. Finally we could meet some other volunteers and get used to living here more.

First workday was quite about reading and getting more information about erasmus + programmes and volunteering. But I hate reading! This was too much for a hyperactive person. I was losing my focus all the time and thinking if it was gonna be the same everyday. Fortunately, the other day my supervisor told me what my tasks were. We needed to write projects for youth exchange. I got way too excited since I already had some projects in mind, waiting to come true.

The second week we had to go to Orahovica -a small city in Croatia- for On Arrival Meeting, which is for new volunteers who need more information about EVS.  We spent 6 days there. There were 15 volunteers from different cities of Zagreb in total. First day we met each other, second day we talked about evs, third day they gave us a task in groups of four people. There was an egg and other materials. The task was to create a structure so as not to break the egg. We had two balloons, scissors, lots of straws, duct tapes, and papers.  Everybody had an opinion and we tried to combine them. We wanted to use balloons like airbags but one of them blew up. So the structure was built with a good teamwork but the egg was broken in the end. 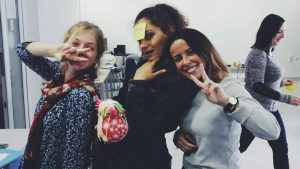 That showed me no matter how hard I try, how much effort I put, I may fail. If National Agency doesn’t approve my projects, I won’t get dismotivated. I will be aware of what I will have succeeded. The fourth day we were again in groups of four but we had different tasks. Our group needed to make some interview with local people of Orahovica. After having all the information, we found out that young people in Orahovica don’t have enough opportunity on their free times. We were asked to find a solution to that. I already had a project in mind, flashmob! I promoted this idea to others and I found five other volunteers to implement it. So we created the plan and went to one and only highschool in Orahovica. The plan was to take attention with flashmob and promote the idea of following tutorials of the activities of what students want (e.g: an instrument playing tutorial) We also talked about celebrities who lived in small towns and improved themselves. We created awareness on how lucky they’re that they have more opportunities than them, “the internet source”. Last day we made our presentations of what we had done so far. This week meant a lot to me. I learned my rights, responsibilities, I learned all the steps of EVS, I experienced how to write a project and implement. Now I am much braver. I can do it!

When it comes to the answers of those questions above, (Was is worth giving one year gap of my study? Would I take what I expected? Would I give what I was expected?) I expected Croatia would be cheaper than Turkey because of the money currency but not at all. I saw jeans for 199 kuna which is app. 100 turkish lira which is like way too much. With 100 turkish lira you could buy two better quality jeans. So now I have monetary problem but I’ll learn to deal with it. This is gonna be one of my accomplishment!

Secondly, the city is wonderful. City center isn’t far from home, everywhere is close to each other, we have a big park close to home, the weather is fantastic, people are so nice and gentle. Zagreb is the place to live. However, the bureaucracy here is way too slow. 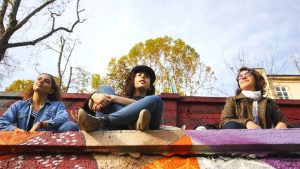 When it comes to dancing, I was expecting Zagreb to be better at dancing than my hometown but no! This is my biggest disappointment. But I found two solutions to this, I started to teach salsa here to local and erasmus people as a personal project of EVS. The other solution is I started to go to contemporary classes and get a new dance style. Even though I couldn’t quite see what I expected, I was able to handle it. I know how to turn these into an opportunity. By the end of the year, I will have increased my physical and psychological skills besides having done what I am expected.

It was inarguably worth having a gap year for this project!

This article is part of “Cro – EU – Planet Earth” project which is funded by the European Union. Objective of our project is to inform Croatian youth and involve them in various educational, work related, volunteering and traveling opportunities. If you want to be updated on various opportunities “Cro – EU – Planet Earth”, please subscribe to our mailing list by sending us email on urbanamladez@gmail.com with title “Subscribe” and put in your name and surname and year of birth.